Lincoln, January 5, 2023—The Nebraska State Capitol was the site
on Thursday, January 5, for the swearing-in of Nebraska Public
Service Commissioners Eric Kamler, and Kevin Stocker. The public
inaugural ceremony held in the Legislative Chambers marked the
beginning of a six-year term for both Commissioners.

Commissioner Kamler, 31, Geneva, begins his first term as a
member of the Public Service Commission (PSC) representing the
4th District. Prior to his election to the PSC, Kamler served as Mayor
of Geneva from 2018-2022 and on the Geneva City Council from
2014-2018. As Mayor, he accomplished several major infrastructure
development projects and broadband expansion in his hometown,
bringing that focus to the PSC. Commissioner Kamler is also the
fifth generation of his family farm and a graduate of the University
of Nebraska-Lincoln.

Commissioner Stocker, 62, Scottsbluff, begins his first term as a
member of the PSC representing the 5th District. A successful
businessman in both transportation and agriculture, he brings a
clear understanding of the Commission having owned, and
operated businesses licensed, regulated and inspected by the
Commission. Commissioner Stocker is a graduate of the
University of Nebraska-Lincoln.

“It is an exciting day for both Eric, Kevin and the Commission,”
said Commission Chair Dan Watermeier. “We congratulate both
of our new Commissioners and look forward to working together
as we strive to ensure quality services for all Nebraskans.”

The 2nd District Commission seat vacated by former Commissioner
Crystal Rhoades remains open at this time. The position will be
appointed by the Governor. Interested parties can file an application
at < https://www.nebraska.gov/appointments/  >. ### 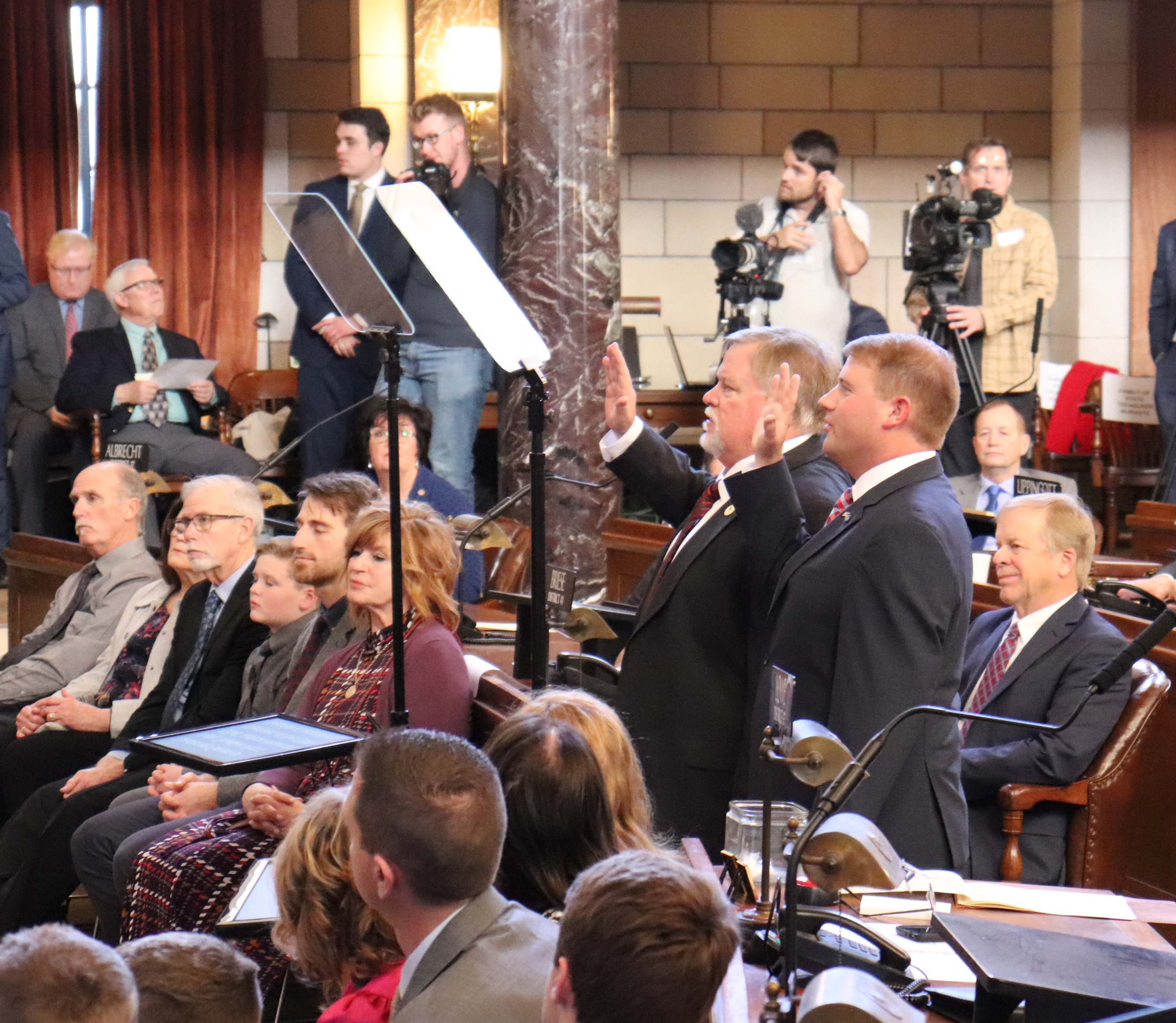